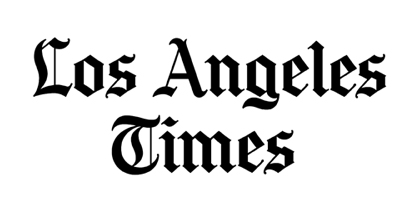 Can’t get to class? Download a few to your iPod or MP3 player. On the plus side: portability. On the downside: no human contact.

My stiff neck, achy lower back and super-tight hips all indicated that a trip to the yoga studio was past due, but my in-laws were in town for the weekend and a class seemed out of the question. Between the traffic and the lack of parking, a 1 1/2 -hour yoga class takes up 2 1/2 hours of my time. Could I really leave my in-laws from 10 a.m. to 12:30 p.m. — prime brunch time — on a Saturday morning? I didn’t think so.

A few weekends before, I would have had no choice but to accept my achy fate, but now I had a secret yoga weapon — Yogi2go.com, a website that offers yoga classes as downloadable MP3s, easily transferable to an iPod.

I logged on, paid 10 bucks for a one-hour Agni flow class by Tracee Newell, and in 20 minutes it was on my iPod. While my husband and his parents walked the dog in Elysian Park, I laid my yoga mat down in the living room and listened as Newell’s clear, strong voice led me through an impressively thorough yoga class.

The class started with some serious ab work. (Newell referred to it as creating “a fire of transformation in the belly.”) She then guided me as I sweated my way through a standing series (all three warriors, triangle pose and half-moon pose) and then cooled down with dynamic forward folds. By the time my husband and his parents came back, I had worked out my muscle stiffness and was feeling languid and warm. Overall, the experience was 75% as good as if I had gone to an actual yoga class.

Deborah Netburn writes about the experience of practicing with Jeanne and other yoga teachers through the modern magic of yoga class podcasts. From a Los Angeles Times article published May 15, 2006.

Physically I felt great — the tension in my body was gone and I had that floaty feeling that I have after a massage. What I didn’t have was the emotional high I often get from going to a yoga class at the studio. Maybe because I was in my house, with all my stuff around me, I couldn’t clear my mind the way I can when I’m just one of 20 anonymous people working out on their mat. And, of course, there was none of those helpful adjustments a good teacher makes as he or she walks around the room.

Still, it was so convenient, and mostly satisfying that a few weeks later I had a “Yoga Classes” playlist on my iPod. Now, whenever — and wherever — I feel like it, I can also take a relaxing restorative class, a class designed to be done in an airplane seat, and a class to release my lower back. Recently Jeanne Heileman, one of my favorite teachers in Los Angeles, posted a version of her amazing Hip Openers for Everyone workshop to the site. I plan to do that one at least once a week. Me, my tight hips and my crunched sacrum can’t wait.

Yogi2go.com is the result of a series of conversations between yoga teacher-film producer Newell and film composer-record producer Mark Governor. Newell used to own the West Hollywood yoga studio Divine Motion before she moved with her husband to Dunsmuir in Northern California less than a year ago. Governor is one of her former students.

The concept for Yogi2go was hatched about a year ago after Governor traveled to Thailand. During the 14-hour flight, Governor had found himself wishing that he had a yoga practice to do on the plane. When he returned, he spoke with Newell about his idea, and she mentioned that several of her students had asked her to make a recording of one of her classes so that they could take it with them when they travel.

“We had the idea to make a CD together,” says Governor, who has recorded voice-overs and radio dramas and has also completed a teacher training class, although he’s never taught yoga himself. “Then I had the idea for it to be MP3 downloads that you could bring with you easily.”

One year later, in March 2006, the two launched their virtual yoga studio. As of now, they have seven experienced teachers (most of whom teach in L.A.) offering 15 different classes. Newell selects the teachers and the classes. Governor is in charge of recording. They plan to update the site with new classes at least once a month. They recently posted an “Office Suite” with a 10-minute class for commuters and another 10-minute class called “Yoga for Coffeebreaks.” A class called “Shoulder Therapy” and meditations by author Peter Russell will be coming shortly. Governor estimates that Yogi2go gets 3,000 hits a day, although only 200 classes have been downloaded so far.