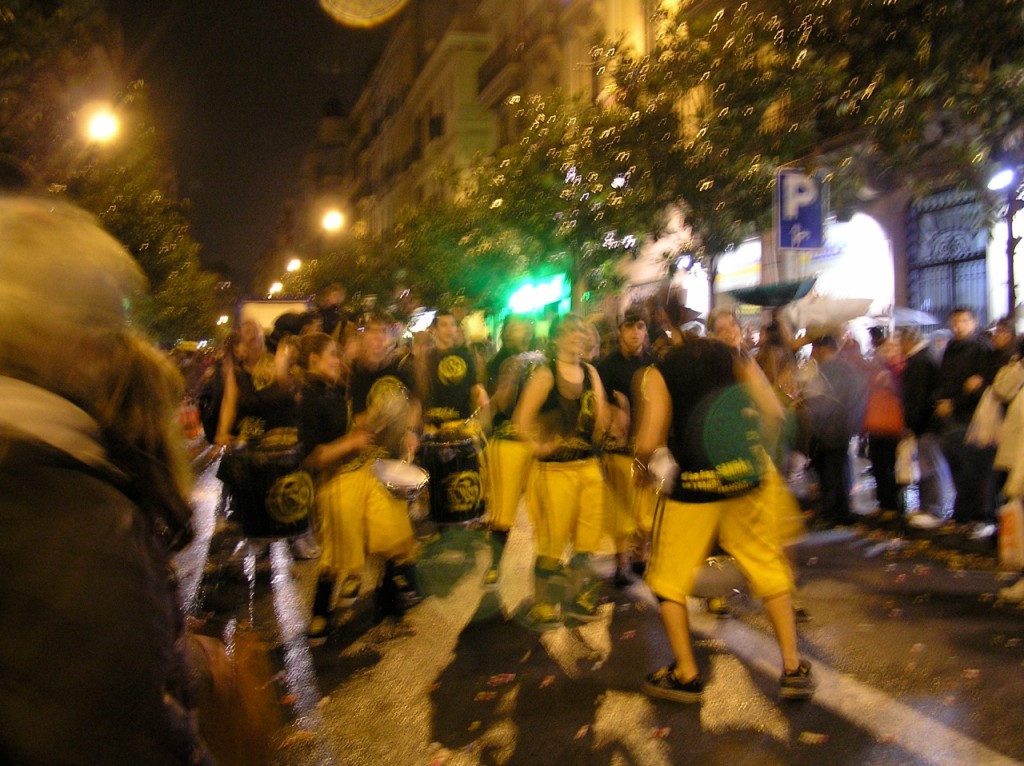 I have arrived safely in Mallorca, Spain. My hosts have put me up in a very sweet studio apartment near the yoga studio. (What a good thing! Do they already know my tendency to sleep through alarm clocks?!) As I settle in to the city, obtaining provisions, getting internet and a local cell phone, and just waking around the city to reconnect, I am reminded – Man! Spanish people are up all the time!

My flat is on the corner of a popular road and a cobblestone pathway to one – if not two – very popular nightclubs in Palma. (Everyone told me that Palma was a wild party location. I finally get it.) On Saturday evening the noise began on the streets as people gathered at the cafes underneath me, to prepare for their evening dinner. Around 8pm, people were having their before-dinner drinks and smokes, either at the cafes or simply just hanging on the street. Around 10 pm the noise became louder for now everyone, including children, were out having dinner and simply enjoying being with each other. At midnight, the children were still playing in the street, glasses were still clanking, conversations still moving in a loving way. Things started to soften around 1 – 2 am, and I thought I could fall asleep. Little did I know that the next shift, club life in Spain, had already begun. Fortunately with jet lag, I was able to sleep through most of it. That lasted until 5 am, when the clubs were closing and people started to head home. Loudly.

In the States, if you make noise after midnight on a weekend, someone calls the cops to tell you to be quiet. In Spain, you can make more noise than is humanly possible, and no one comments. Maybe this is because everyone living nearby was that noisy person in a younger time. Who knows. If I had completely understood Spanish, I would know so much about people I couldn’t even see, for they were very forthcoming. Horns were honking, loud music playing in cars as they slowed down to pick up their friends or just park, yells from one friend to another which echoed and vibrated over the cobblestone and old buildings built close together. I heard arguments, flirtations, groups of men chatting with groups of women, everything. At 6 am, (I’m now up and marveled,) you get the lingering couples who have probably met the night before, hoping to share a romantic (OK, maybe just sexy) morning together. I saw one man leave with what I am sure was a transvestite; I’m not sure he was sober enough to notice. She/He looked amazing in a very, very bright pink, tiny thing-dress-thing and a long blonde wig. (Hey, even Paris Hilton wears better wigs than this.)

I could be annoyed. I mean, hey, I have to sleep! Yet, in the Tantric world, all of this noise and chaos is considered Shakti. Shakti is Creative Life Force. It is referred in the female form, as the consort to Shiva. Shiva, the male form, is the force that destroys for re-creation. She is the spark of divinity, of life and creativity, behind all that action. Laughter, lots of movement/activity, noise, even arguments and hostility (I know, that’s a whole other topic, but just go with me right now) are Shakti.

In Tantra, there is little that is good v. bad. We have volcanoes erupt, which is “bad.” But afterwards, we have amazing new plants and fertile soil for new growth, which is “good.” We have relationships that fall apart, which is “bad.” And if we are truthful with ourselves, we have new lessons learned and the chance to build new relationships with better foundation, or a chance to heal the previous relationship, both that are “good.” Shakti is part of both. She teaches us to let go of needing one over the other and to soften, embracing her friction in all shapes and colors. By doing so, as Patanjali’s Yoga Sutras explain, we become unaffected by the duality of life. This is one of the goals of yoga, and for a peaceful life.

Sooooo, while it is now a Monday morning and the vibrant noise that started at 4am, (really?! Even Sunday night?! Sigh!), is now beginning to soften at 7am. And this makes a bit of space before the next shift of Spanish life begins around 8am. I smile. I have earplugs. The opportunity to wake up early is valued for it gives me more time to prepare for Day One of Teacher Training. And every once in a while, I love looking out the windows to see these vibrant souls. I am imagining and wishing that they are happy as they enjoy their smokes and the chatty buzz from too many drinks. And I send wishes that they take their happiness into the rest of the city.

And if none of that works, well – thank God for strong Spanish coffee!